Well, now we have the 2 teams left standing. However, there are not too many teams that had the Phoenix Suns nor the Milwaukee Bucks in the Finals. Most of us would have love the Nets vs. Lakers matchup. Now it’s on to the final series of the season. Trae Young of the Atlanta Hawks says, they plan to be back? I think Trae may want to look at the Hawks playoff history first. The Hawks playoff run was very impressive. We will see what the Hawks do in this offseason? The Suns and the Bucks battling for an NBA championship, who would have known this? Chris Paul is finally playing for a championship, and he couldn’t be anymore happy about it. He and Devin Booker will have to contain both Khris Middleton and Giannis Antetokounmpo. It will also come down to bench scoring (or I call it secondary scoring). It will definitely make the difference between winning and losing. Both coaches are not household names in Monty Williams or Mike Budenholtzer, but we should get to know them well in this series. Bucks are playing for a championship for the first time since 1974, but last won it all in 1971. Richard Millhouse Nixon was the president of the United States then. The Phoenix Suns have had 2 shots at a championship (1976,1993) and came up empty. Although both times the other team was better. Is this Suns team the best in franchise history? So now it’s time for the pick that I know all of you are curious about:

Suns over Bucks in 6 games, and that is my pick

Well it’s finally here, the finals and we have 2 teams left standing in the Tampa Bay Lightning (last season’s champs) and the Montreal Canadiens. I have really been impressed with Montreal run in this postseason. They battle the Maple Leafs (coming back from a 3-1 deficit to win the series), to beating and sweeping the favorite Winnipeg Jets, to beating a great playoff team in the Vegas Golden Knights. Could not ask for a better run than this. Let’s hope the province of Quebec will more fans into the Bell Centre for this series. However, there is the defending champion Tampa Bay Lightning. This is there 3rd Cup Finals appearance in the last 6 years. No question here, we have one of the best teams in sports today. The Lightning playoff run was interesting in its own right. They battled the Florida Panthers, the Carolina Hurricanes, and then a memorable 7 game series vs the New York Islanders. The last series could have gone either way. I have ask a dozen hockey fans on who they want to win the Stanley Cup this season. The majority feel Tampa Bay Lightning would win it. Surprisingly only a couple are going with Montreal. I would not be shocked if they pulled it off. Gotta remember the Canadiens took a long time to get back to the finals. 1993 was a memorable year in hockey, and in sports generally. They battled the Wayne Gretzky led Los Angeles Kings. The Kings was poised for possibly pulling the greatest of all time upsets until the McStick incident. Game 2 Kings we’re on there way to taking a 2-0 series lead. However an illegal stick was called to defenseman Marty McSorley. It changed the series in favor of the Canadiens and they won the 24th Stanley Cup in that franchises history. Now 28 years later, a grand opportunity presents itself for Montreal. Sadly it will end NBC tv coverage of the NHL after a great 16 year run, as the over the air tv rights go to ESPN and Turner Sports next season.

Now for my pick: Lightning over the Canadiens in 6 games.

And that is how the hockey season ends!!

I know you’re probably wondering and saying that I already did one. You would be right, I did the western finals preview and it’s 2 games in as of today. Now it’s the Eastern finals turn for a look. We didn’t as sports fans get the matchup we were hoping for. This series should be called the unwatchable series, due to the 2 teams left standing. I will give both the Milwaukee Bucks and the Atlanta Hawks credit for having a great playoff run so far. It’s really hard to pick which team deserves to play for an NBA championship this season. So the only reason I’m watching, it’s iconic Marv Albert’s swan song as an play by play Announcer. The Bucks have not been to the Finals since 1974, and last won the whole thing in 1971. The Bucks are the only team left that has won a championship. As for the Atlanta Hawks there playoff run is very impressive, so it would not shock me if they play for a championship. But it would be like the song from The Who (We don’t get fooled again). When it comes to winning a championship in the city of Atlanta. So now here is my pick for the Eastern Finals:

Bucks over Hawks in 7 games

so I can’t wait for the NBA finals, as the unlikely and weird postseason continues!!

Well the West final is set, and they play today less than 48 hours after an historic win for the Los Angeles Clippers (not the Lakers) making it to the conference finals for the 1st time ever. It’s about time, however it does come costly as Kawhi Leonard is out of the lineup with his knee injury. Paul George stepped up in a big way, and now has to be the leader the rest of the way. Chris Paul on the other hand, nobody knows his status for this series as he is in the leagues safety and protocol program. So can we officially say this series is evenly matched? I say this series can go either way. Both teams are seeking there 1st championship, good luck to both.

my pick in the West Finals: Suns over Clippers (7 games)

I will have the East series preview soon now that the favorite (Brooklyn Nets) is out in a shocking development.

How about this postseason, it has been nothing short of surprises. There are 4 teams left to get to Lord’s Stanley. 3 of the 4 has won a Stanley Cup, the lone one is Vegas that has yet to win one. The Golden Knights has been a good team from day 1. At this point, would you expect nothing less? I would not be surprised if they won it all this season. The Montreal Canadians have had a playoff run that may never be topped again. They were down 3-1 to the Maple Leafs, but stormed back to win it. They handled the Winnipeg Jets with some authority in sweeping them. Can they tamed the Golden Knights who had a tougher road in beating both the Wild and the Avalanche. I guess you can say they had a bumpy road this postseason? The Tampa Bay Lightning won it all last season and is poised to do it again. They will have there hands full with the Islanders. So now here is my picks:

Can’t wait for the Finals, enjoy the games for now!

Alright hockey fans we are almost in the 2nd round with 1 series still going on. I will have to update my picks after the Maple Leafs-Canadians series ends. But i will pick the 3 series that will get underway soon. Round 1 was fantastic for the most part and some of the teams came up small again. The Florida Panthers will continue the longest drought of not winning a playoff series since 1996. That is way too long, time to look towards next season. I feel sorry for Predators and Penguins fans, but they have a bright future. The St. Louis Blues got swept and they still dont know what happen. Only 1 series went 7 and it was the Wild-Golden Knights series. So now here is my division finals picks:

Still waiting on the Jets opponent?

There you have it for now, and will be back soon!

college football playoffJanuary 1, 2021
4 teams to compete for the right to play in the National Championship Game

The Latest from Chris Wood Sports

Best Comments of my Blog

Gourde excited for chance in Seattle even with start delayed

Seattle was fully aware of Gourde’s surgery when it selected the talented forward in the expansion draft.

Your one-stop shop for every NHL trade this offseason.

Could they have gotten more out of trades, the expansion draft, and other chances?

It is pretty obvious the Arizona Coyotes are building this offseason and it should continue with Phil Kessel and Clayton Keller trades.

How much longer will this Capitals’ Stanley Cup window remain open?

The Capitals are one of the NHL’s oldest teams and have not won a playoff series in three years.

Peca spent last season as a player development coach for the Capitals. 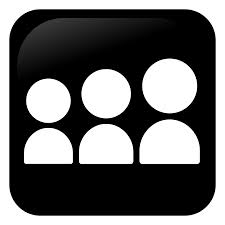 Bringing You 90 Feet Closer To The Greatest Show On Dirt

Working all week just to get to Saturday

Covering all of your sports needs

We provide daily coverage of your favorite Northern California sport teams. From articles to podcasts, we have you covered.

In The Front Row

Where you get the Best Views in Sports

Providing an Honest Look at Your Favorite Teams

The Road To Omaha!

Covering Basketball from the Valley of the Sun

Writing and other passions!

A website to share with you primarily some of my poems, speak about writing and inspiration. Additionally, this is a place to talk about some of my other passions including taekwondo, reading, travelling and how to live your life to the fullest, by bringing in the surface the best of yourself every day. Blog articles are published weekly on Sunday evening CET. Whenever time allows, I publish in between posts and poems, so please follow my Blog to receive notifications per email.

Get the responses you need, anywhere

Bringing You 90 Feet Closer To The Greatest Show On Dirt

Working all week just to get to Saturday

Covering all of your sports needs

We provide daily coverage of your favorite Northern California sport teams. From articles to podcasts, we have you covered.

In The Front Row

Where you get the Best Views in Sports

Providing an Honest Look at Your Favorite Teams

The Road To Omaha!

Covering Basketball from the Valley of the Sun

Writing and other passions!

A website to share with you primarily some of my poems, speak about writing and inspiration. Additionally, this is a place to talk about some of my other passions including taekwondo, reading, travelling and how to live your life to the fullest, by bringing in the surface the best of yourself every day. Blog articles are published weekly on Sunday evening CET. Whenever time allows, I publish in between posts and poems, so please follow my Blog to receive notifications per email.

Get the responses you need, anywhere